When Justice Wyatt began his first day detasseling on that temperate Nebraska morning, he had one goal in mind: to finally buy the 3,803 piece Lego Star Wars Death Star he’d dreamed about since he was five years old. The price of the Death Star was steep, and even though it would require a lot of hard work and early morning wakings, Justice knew detasseling for NATS would allow him the financial freedom to buy such a special and expensive item. So, he got to work learning, growing, and maturing as a detasseler.

The damp, cold mornings were difficult, but the fields dried, the sun rose and Justice would press on another day alongside new and old friends. “I enjoyed doing it. It was hard to get up in the morning. But the best part of detasseling is probably making new friends. And I have to say, getting that paycheck was pretty cool too.”

But as his days in the field that first year ended and the end-of-the-year party was over, he realized his goals had changed altogether. “NATS has helped me to understand the value of money a lot more.  I’ve become more responsible with my money.”

With so many tiny pieces, Justice decided that because the Death Star was such a large set, it’d be difficult for him to keep it safe from his younger siblings and he would rather wait until they were older.

So, instead of buying the Death Star, Justice tithed 10% of his earnings, put 50% into stocks, and with the remaining money, he bought “a Nintendo Switch, a tower from Dairy Chef, a good bit of snacks, a video game, and wood for my cuttingboard business, ‘Just Wood.’”

This year will be different for Justice as he enters his second year detasseling – this time with his younger sister joining.

“Now that I’ve got the hang of it, maybe this year I’ll be looking into ways to make detasseling even more fun and help new people coming in to get the hang of things.”

And the paycheck he plans to cash in? After he tithes, he’ll put his earnings toward buying a car. Justice would encourage any new detasseler waiting for their first well-earned paycheck to set aside some of their money for something big, or more expensive” and to put some in stocks. “If you spend it all now, you won’t have it when you want it.” Wise words, young Padawan, wise words. 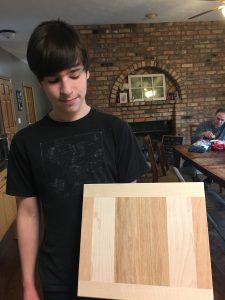 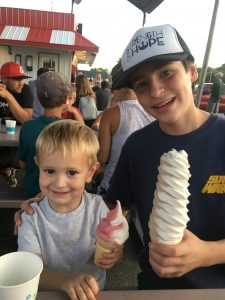