The big wheels of the yellow bus spun around and chunks of mud flew all around as seasoned NATS bus driver, Nina, pressed on the gas to try to free her bus from its muddy trap. Without any luck, the bus remained stuck a quarter mile from where her sweaty troop of detasselers were waiting to be picked up for a much-needed lunch break. After the bus was finally freed, so began the season-long parodic anthem of “The Wheels on the Bus Go Round and Round” that the detasselers on Nina’s bus sang to tease her – one of the many antics a fun-loving group of detasselers would pull on Nina over the years.

In not too distant memory was the summer of 1999 when Nina first became a detasseler for NATS – the beginnings of a lifelong commitment to the cornfields, friendships, and growth that NATS would bring into her life.

“Those first days were rough! Early mornings, sore muscles, mud clinging to shoes adding 5lbs of weight to each determined step. But with every step, I found I had peers and a boss who believed in me – helping me discover new strength and possibilities.” And her determination and encouragement from her boss, Dawn, led her from detasseler to bus-assistant and finally graduating to bus driver after passing her CDL driver’s test.
“I was nervous to gain my CDL, but Dawn reminded me, she had done it and I could, too. She has a way of seeing gifts, encouraging action, and helping me realize that I am capable of a lot more than I think possible.”

Nina continued to take on those challenges with a smile on her face and laughter close behind. And now, as a seasoned veteran, Nina’s love for detasseling stretches from seeing her own growth and perseverance that brought her sunny attitude to each cornfield as she encouraged and joked with the kids that she supervised.

Much like the bus tragically getting stuck in a ditch, it was one fateful year that Nina made the mistake of telling the kids on her bus that her greatest fear was stumbling upon a crime scene in the field. “That year my heart stopped more than once as I stumbled across healthy teens randomly lying about, trying to give me a scare. Hilarious but heart-stopping!”

But the lighthearted nature that the culture of NATS brought to Nina is what inspired her three siblings to join in on the fun as well – both as drivers and detasselers on the Force. “One day we were all assigned the same field and it was just the coolest thing for us to work together that day!”

The community, friendships and uplifting atmosphere amidst tough circumstances is what drew Nina in–and what inspired her to have her oldest son, Landon, apply last year for his first time in the fields. According to Dawn, this is the first time a former detasseler now has one of their own children working for NATS. And now, in 2020, she’ll have two sons on the crew–Landon and Miles, as they are shown the ropes of what summers in the Midwest look like. And despite her oldest son’s hatred for germs, she was shocked to see him unaffected by the dirt and grime of the fields. “He was challenged and encouraged by the experienced workers and found working side by side with them invigorating. By the end of his first season, he was already asking about the next season!”

And when the going gets tough, Nina plans to encourage her boys the way that she was encouraged as well – in the discovery of new friendships for life and knowing that you can do anything you put your mind to because to Nina, “it’s about the collective purpose of beautiful people covered in dirt, a beautiful larger purpose of teens and adults working hard together to get a task accomplished, and the beautiful experience of knowing the joy of a job well done!” 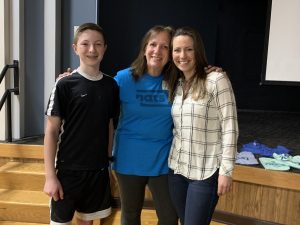 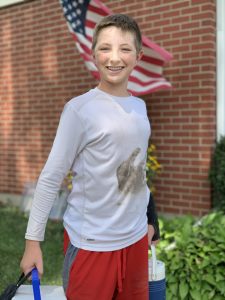